This leaflet was published in August of 1909 by the ‘Party School’ (on Capri) and contains a quick outline of the school’s program, a long letter from Karl Kautsky in support of the school and a short letter from Lenin objecting to the school – clearly two letters placed side-by-side meant to send a clear message (exactly what kind of message is open to interpretation but something along the lines of ‘Look, the leader of Western Social-Democracy is all about it but Lenin is against it, go figure…”); the fourth document is a resolution of the school’s Party committee appealing to the rest of the Party members for support and explaining the school’s purpose.

This is a double-sided leaflet meant for wider distribution, so it appears that the school wanted to reach out to all who were asking questions about its goals (or were falling under Lenin’s influence and poo-poo-ing the school as ‘factional’). Enjoy! 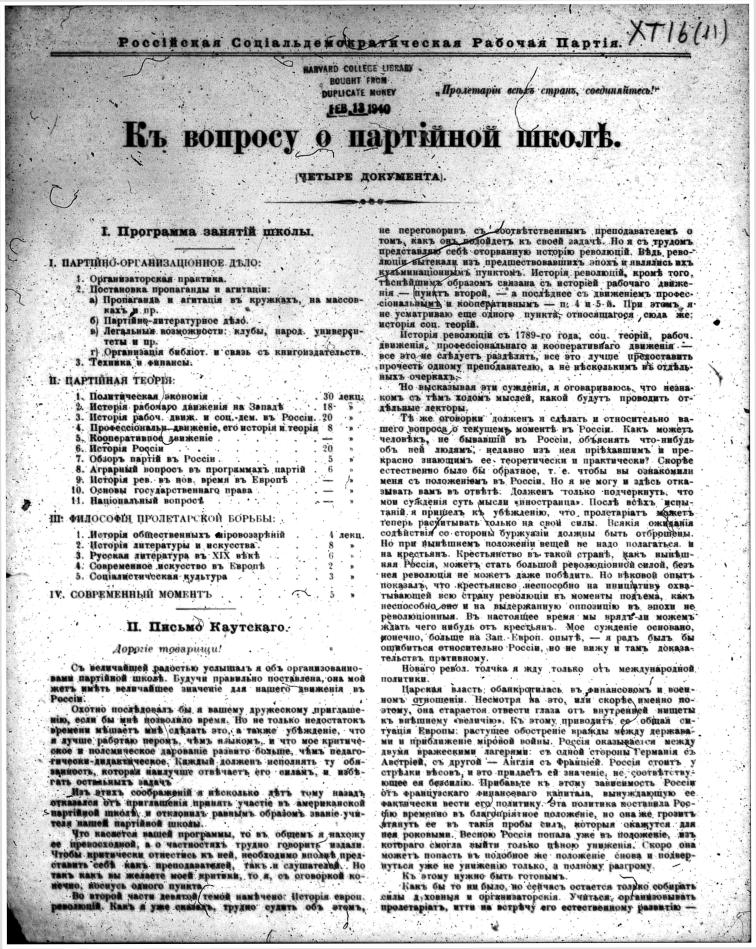 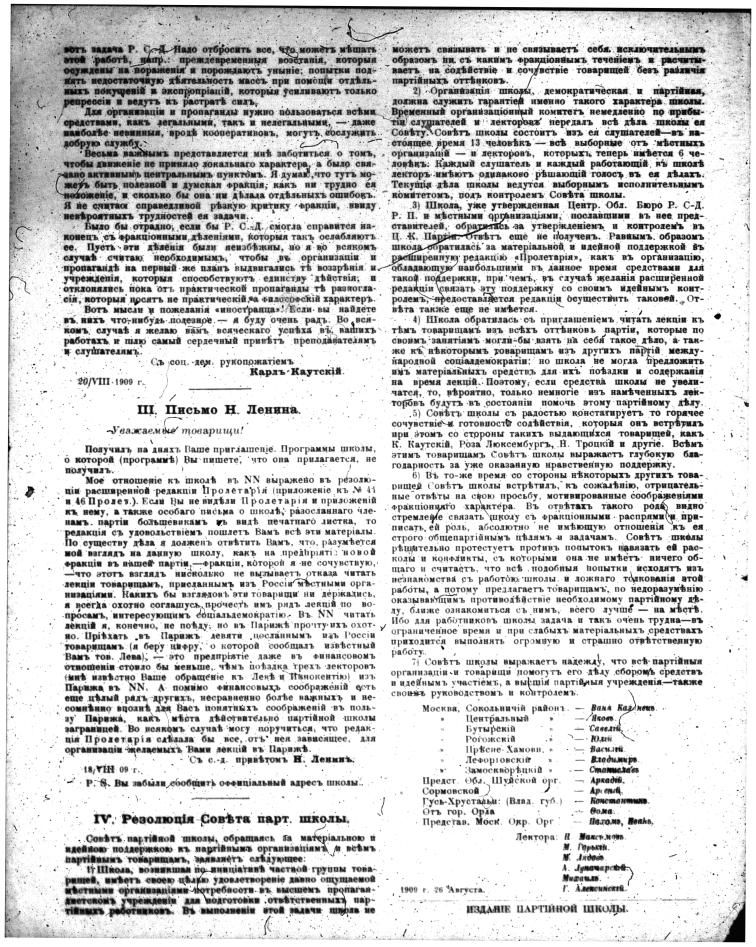